After a quick stop back in Milan and a train ride over to Venice, we arrived in “The Floating City.”    The picture below is the first thing we saw as we stepped out of the train station, reminding us that this place is like nowhere else on Earth.  Now finding our airbnb rental was a bit of a headache.  After finally connecting with our host, we checked into the apartment, dropped our bags off and quickly went out to explore this truly unique city.

Because we were only going to be spending two nights here, we wanted to make sure to see and experience as much as possible.   Our first stop was one of the most famous landmarks in Venice, the Rialto Bridge.  This is the oldest bridge that connects San Marco and San Polo. And when we say old, we mean its been under some form of construction over and over again since the Twelfth Century!

One of the most interesting places to visit in Venice is Doge’s Palace. Much like many of the properties throughout Italy that are hundreds of years old, the ownership of the palace has had a mixed history, with it being currently owned by the local government. Think about how cool your county courthouse could look, that’s what the Doge’s Palace essentially used to function as before it became a museum. Placed in the Piazza San Marco, just off the water and very near San Marco Basilica, is a wonderful place to walk around even if you don’t go in. Just make sure to keep an eye on your wallet, as pickpockets are everywhere. 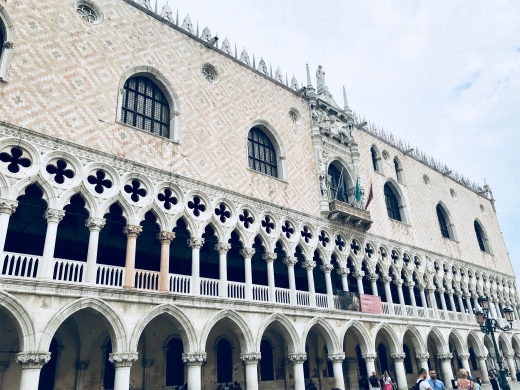 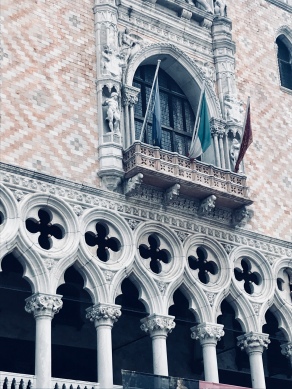 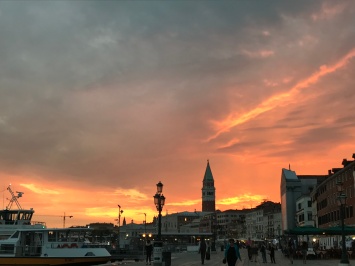 Just behind us is the Bridge of Sighs, a limestone bridge known for being attached to the Doge’s Palace and once used to transport prisoners to and from court proceedings. 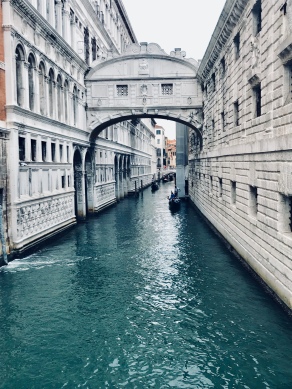 We also visited the Peggy Guggenheim Museum, home to one of the most important collections of art in Europe. Ole’Peggy did two very important things in the last 80 years; she saw what Hitler was doing during his march through Europe and managed to either hide or transport her collection out of the reach of the Reich, and became the financial Patron to promising unknown artist named Jackson Pollock. 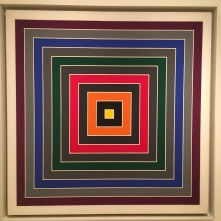 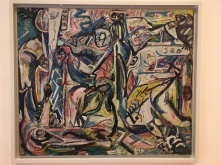 Another point of interest we wanted to check out was the Ponte dell’Accademia Bridge.  This is another bridge that spans across the Grand Canal this time connecting Dorsoduro and San Marco.  The original construction of this bridge was made of steel but has since been torn down and replaced several times, the latest in 1986 where the wooden elements were replaced with metal arches for better support.

While our time in Venice was short, we did manage to take a quick boat ride over to Murano, which is best known for glass making.  We spent a few hours walking the streets and popping in and out of various shops where artists will sell their pieces of work.  The extent to which they can create something out of glass is amazing to see.

If you are contemplating a trip to Italy, it is worth your time to take a few days out of your itinerary and visit Venice.  The alleys are great to walk around and explore, the architecture is amazing to see and did I mention, where else are you going to be able to take a gondola ride down the canal? 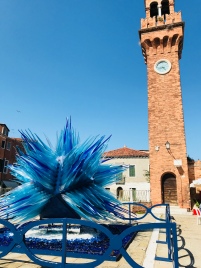 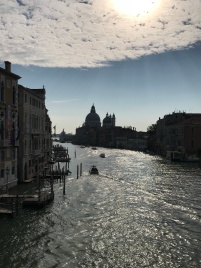 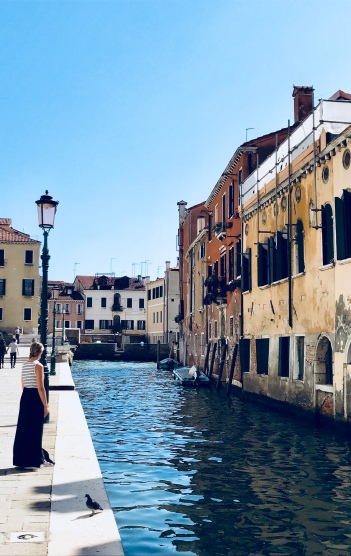 One thought on “Italy Stop # 3 – Venice “The Floating City””